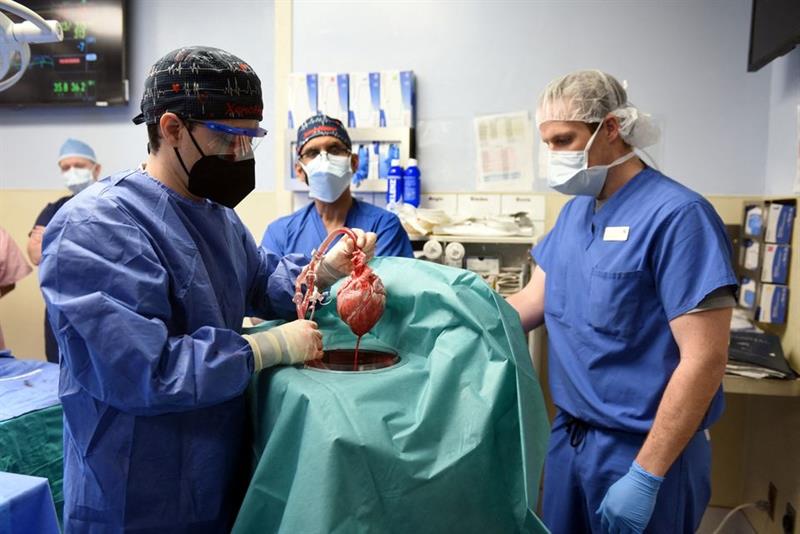 The gift of life: Organ donation after death; a law that is not yet applied – Health – Lifestyle

Organ transplantation has enabled many patients with end-stage organ failure to live better and longer lives. But living organ donation offers a relatively limited number of organs due to the large gap between the number of donors and waiting recipients.

The second source of organ donation is post-mortem. Naturally, public acceptance of this type of donation is often controversial due to the moral and legal aspects of its regulation and implementation.

Article 8 of the Egyptian Organ Transplantation Law allows the transplantation of an organ from the body of a deceased person to a living person if the deceased has consented to it in a documented will. Article 10 calls for the creation of a register of patients requiring a transplant, which will be organized according to need.

“Deciding to donate your organs is a huge gift. You could help save up to eight to ten lives by donating multiple organs and save up to 50 people with tissue, eye and even bone donations,” explained Youssief Rady, the first Egyptian to officially register his wish to donate his organs after his death. There is no age limit; anyone can register to become an organ donor after death. However, in order to do so, a person must die in hospital under specific circumstances.

“Medical specialists decide on a case-by-case basis whether a person’s organs and tissues are suitable for donation,” Rady added.

Montaser urged them to register as organ donors to encourage the public and called for donor status to be added to driver’s licenses.

“Blood and tissue types must match for a transplant to be successful,” explained neurologist Mariem Raaouf. “The place of death also plays a role in organ donation, since organs can only be donated within 48 hours of death, after which they must be kept in special facilities until they are ready for a transplant,” she added.

Also, a person cannot become an organ donor if they have or are suspected of having certain conditions like HIV, cancer, and Ebola.

“And without a clear and agreed definition of death, who can decide that a person is now dead and therefore their organs can be donated?” she wondered.

“What happens when we die? There are many answers, speculations and stories; however, there is only one answer that everyone agrees on and knows that one fact will happen, our bodies will rot,” explained Doaa Hisham, a young branch manager.

“A lot of people go out of their way to keep their names alive even after they die, and I think organ donation after death is the best way to do that,” she added.

Religion also always appears as an obstacle, as some religious edicts prohibit organ transplantation on the grounds that Islam does not allow Muslims to donate their organs through sale or donation, whether during their lifetime or after. the death.

However, most Muslim scholars have authorized organ and tissue transplantation to save human lives.

In addition, Dar Al-Iftaa has authorized organ transplants from living or deceased donors in cases where they are intended to save the life of a patient in a chronic condition and provided that these transplants are legal and must not include no financial benefit for the donor, his family or his heir in the event of the death of the donor.

“The Quran states that whoever saves the life of a human being, it is as if he has saved the life of all mankind,” Hisham said.

In 2018, Sherif Al-Gazar, a young Egyptian-Greek, made headlines when he donated his heart, liver and kidneys to save the lives of four Chinese patients after he slipped into the bathtub and suffered from a brain hernia, loss of sight and respiratory system failure, while on a business trip to China. Her sister signed the on-air clearance papers with her mother on the loudspeaker.

However, “all of this is impossible without a robust, corruption-proof system in place that takes into consideration everything from safe and healthy transplants to a fair waiting list with priorities always given to those who are in more critical conditions and not to those who have money,” says Rady.

The head of the Egyptian parliament’s health affairs committee, Ashraf Hatem, said in a telephone interview on Sada Al-Balad channel that the law regulating organ donation will soon be implemented.

“Work will be done with the government to introduce the necessary amendments,” he said.

“A few articles of the law need to be clarified before the parliament so as not to create confusion during implementation, in particular the articles concerning the transfer of organs from a deceased person.”

A cross-sectional study was conducted over a two-year period with 2,743 adult participants, selected from two healthcare institutions in Egypt: the Egyptian Liver Hospital and the National Research Center.

The participants were men and women between the ages of 18 and 65.

According to the study, conducted by the National Research Center and published in biomedcenteral, only half of the participants accepted post-mortem organ donation (47%).

However, after explaining to them the donation process, its regulations and the consent form, this percentage increased significantly to 78%.

“Our results suggest that increased awareness of the subject could in turn increase its acceptance by the public. Efforts to improve educational programs and information campaigns about the social and health benefits of organ donation could contribute to increase the number of donations,” the study said. .

Bipartisan bills seek to protect Christians and other charitable donors

Youth Voices: Information on blood donor eligibility and costs could be better disseminated