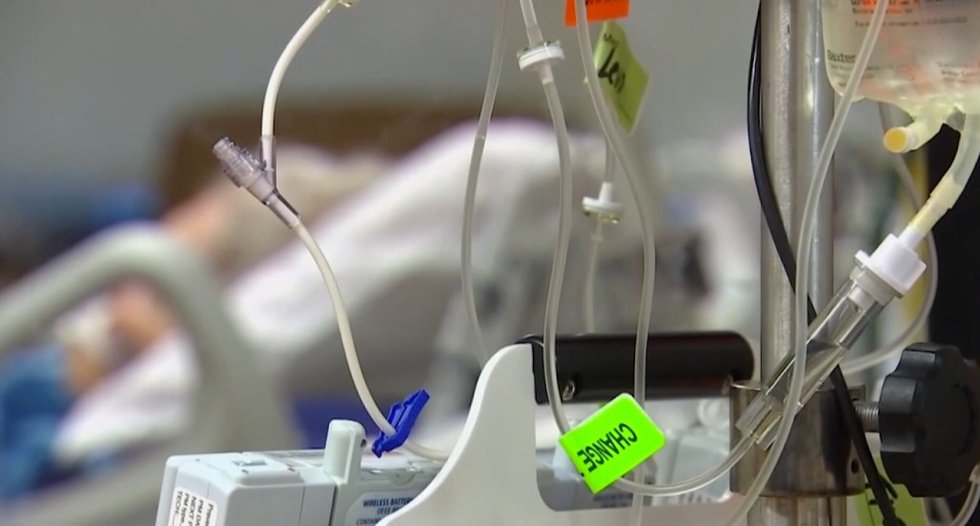 LANSING, Mich. (WILX) – A person on the organ transplant waiting list dies in the United States every 20 minutes.

About 95% of Americans support organ donation, but only 54% are registered.

Dominic Lipka was an active teenager and loved sports, but in 2021 he started to feel burnt out.

Dominic had to be rushed to hospital. His system was giving way.

“He was coughing up blood and therefore suffered from respiratory failure,” said Dr Guillermo Hidalgo. “He needed to be intubated.”

“It was really up in the air to watch him fight for his life,” said Joseph Lipka, his father.

Joseph, a single father, stayed with his son for 42 days. Meanwhile, doctors diagnosed Dominic with lupus, an autoimmune disease.

“They say lupus generally attacks every cell in your body while your kidneys carry the most cells in your body,” Joseph said. “It usually goes after the kidneys. So it destroyed his kidneys.

Dominic needed a kidney transplant. At 15, he was one of approximately 100,000 Americans in need of a kidney. About 22,000 kidney transplants take place each year, less than 25% of patients who need them.

Dominic received hemodialysis to stay alive, a procedure that makes the kidneys work to clean the blood.

“I think it’s more difficult for my family than for me,” Dominic said.

At the end of January, the family received the call they had been waiting for – Dominic received a donor organ.

“Be grateful for each day you get that you’re healthy and your feet hit the ground in the morning,” Joseph said.

Doctors said Dominic was recovering and his energy levels had returned to normal. He should be able to resume normal activities, including baseball, by the end of April.

He will have to take medication to control his lupus for the rest of his life.

Subscribe to our News newsletter 10 and get the latest local news and weather straight to your email every morning.