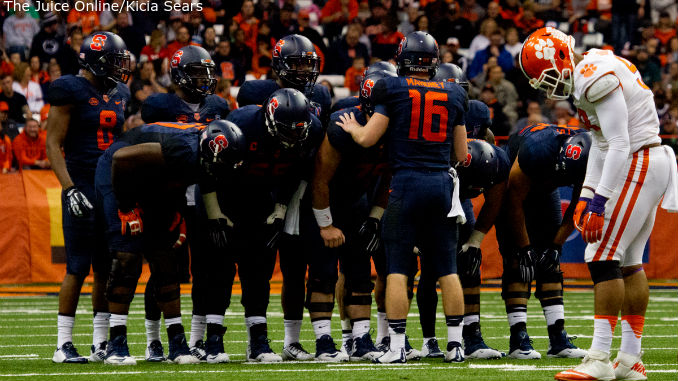 Point: Less than a year after being approved by the NCAA, more than half of the Power 5 conference teams and nine of the 15 ACC schools have seen the formation of name, image and likeness collectives ( NIL) not affiliated with the school. It is the term for a group of donors/fans who provide financial support to ensure that school athletes of their allegiance thrive by earning potential through sponsorship programs using their name, likeness and their resemblance. Syracuse is catching up to more than half of its ACC brethren, but should see the formation of its first collective before the start of next football season.

It’s simply a sign of the times in college athletics, and there’s no turning back. Gone are the days of simply receiving a degree, having top-notch academic support resources to earn that degree, and training and playing at the best facilities.

Now, during the recruiting process or when considering a transfer, players and their parents/guardians will seek details of rosters that are unofficially tied to a school’s specific programs, designed to provide incoming players with the opportunity to maximize how much money they can earn while in college, while giving back to the communities or regions in which they reside.

Even if the NCAA says collectives cannot work as a payment model for gambling, the lines will remain blurred until a governing body establishes the framework for uniform regulations, and it will be an uneven playing field for programs with more resources and richer. customers to provide money-making opportunities.

Going forward, those responsible for creating the collectives will like nothing better than to sit above the action in private suites for football or in courtside seats for basketball. , relying on the athletes they helped financially win games for their alma mater or hometown school.

According to the Business of College Sports, as of April 22, 2022, here are the current 13 collectives among nine ACC schools:

So, what will be the name of Syracuse’s first collective later this year? We’re going to throw in Orange Cuse Collective and assume that its mission statement will resemble the aforementioned template from the Virginia Cavalier Futures Collective.