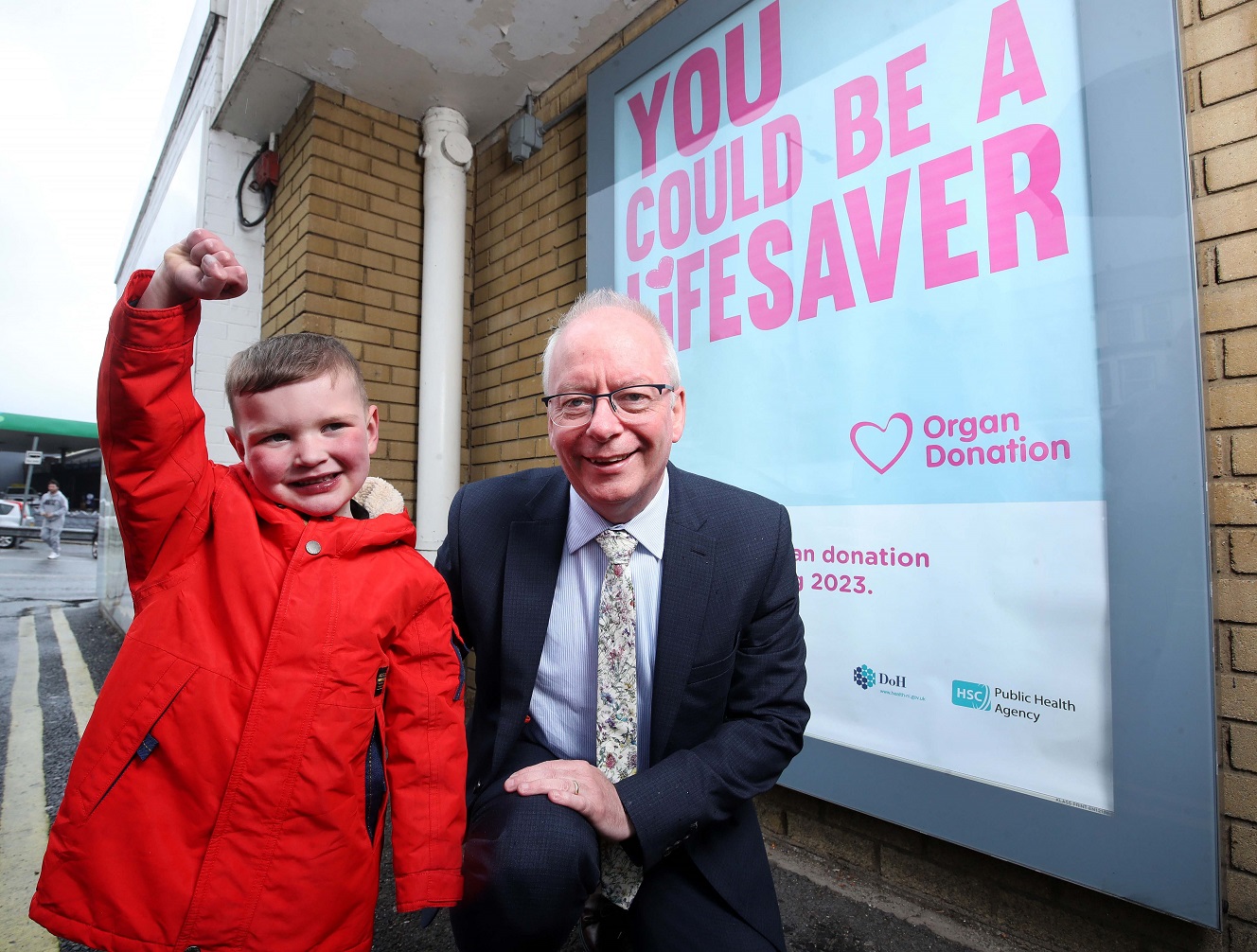 Launch of the Organ Donation Awareness Campaign on “Dáithí’s Law”

Northern Ireland has launched a new public awareness campaign to prepare people for the introduction of ‘Dáithí’s Law’ from spring 2023.

Named after 5-year-old organ donation campaigner Dáithí Mac Gabhann, who has been waiting for the donation of a new heart for almost 4 years, the new law will change the organ donation system in Northern Ireland into a opt-out system.

This means that, in the event that organ donation is a possibility after your death, all adults in Northern Ireland will be deemed to agree to be an organ donor unless they choose to opt out. or if they are part of an excluded group (1).

The change to the law will come into force next spring following a robust process of almost 2 years of consultation with the general public and review and debate in the Northern Ireland Assembly.

As organ and tissue donation and transplantation save and transform hundreds of lives every year, the new law will help more people save more lives by making it easier for those who support organ donation to say “yes” to the “gift of life”.

While 90% of people in Northern Ireland support organ donation, only 51% of people have registered their decision on the NHS organ donor register.

Only 1% of people will die in circumstances where donation is no longer possible. Sadly, last year in Northern Ireland, 15 people died while waiting for a transplant.

“The objective of the public information campaign is to ensure that the legislative changes are well understood by all sections of the population, and that as many people as possible are aware of the change in the law and how to record decisions.

“The campaign will also reinforce the fact that organ donation will remain a personal decision and that everyone will always have the choice whether or not to donate. The Public Health Agency encourages everyone to learn more about the change in the law, to think about their decision and, whatever their decision, to be sure to share it with their loved ones.

Last year in Northern Ireland, 55 families supported organ donation, resulting in 127 life-saving transplants across the UK. 100 lives have been saved and transformed through organ donation, however, there are approximately 122 people still waiting for a transplant, waiting for the call to give them “the gift of life”.

“We are delighted to be here today to help launch this very important campaign. It is an honor for our family that the law is known as Dáithí’s law and even better to know that the campaign is now beginning to make people aware of what exactly the change in law means for people. Organ donation will always be a donation; the best gift a person can give.

“Dáithí has ​​been waiting for the gift of a new heart for almost 4 years now, and it has been a privilege for us to play our part in changing the law. We believe this is a big step in the right direction, with the ongoing education and awareness about organ donation.

In addition to raising awareness of the change in the law, the campaign also reinforces the importance of sharing your organ donation decision. Should the worst happen, families find the conversation about organ donation much easier if they already know what their loved one would have wanted. Only half of families are okay with organ donation taking place if they don’t know their loved ones’ decision, but that rises to 9 out of 10 if the family has had a conversation.

You can continue to register your organ donation decision on the NHS Organ Donor Register until and after the law changes in Northern Ireland next spring.

Note on the article

With $8.8 trillion at stake, wooing and educating next-generation donors is becoming a critical priority for Houston nonprofits