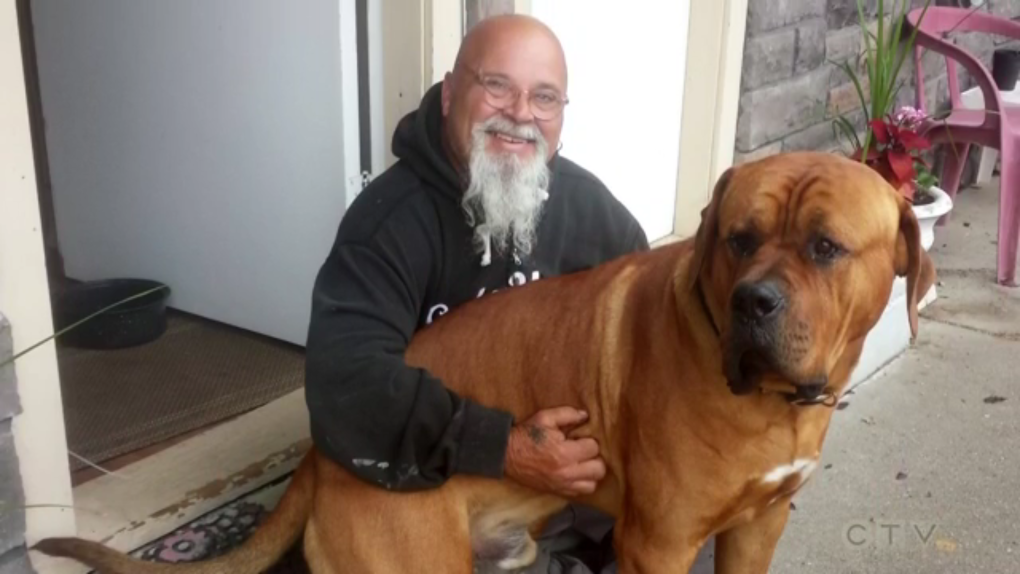 There has always been something special about Norman.

From its birth on Christmas Eve (there is a photo of the puppy wearing a red elf hat) to the countless times the 190-pound dog sees itself as a companion dog, the Japanese Mastiff has won hearts and minds. the spirits.

“Wherever we go, everyone loves Norman,” says owner Jeff. “Everyone says, ‘Did you bring your dog? “”

One of Norman’s favorite places to visit is the Animal Hospital.

“I wouldn’t be happy to go to a clinic,” Jeff said, looking at Norman affectionately. “But apparently he does.”

His veterinarian Ken says – in 40 years of practice – that he has never met a dog like Norman.

“He almost seems to want to donate blood of his own accord,” Ken says. “He jumps on the table and doesn’t need to be sedated or anything.”

Norman is a universal blood donor – a rare trait in dogs. He helped save the lives of 16 other dogs.

Recently bad things started to happen with Norman’s back leg.

The vet found Norman had torn a ligament in his knee, which would cause increasing pain and shorten the dog’s life without specialist surgery in a large city.

The bill estimated at $ 8,500 caused Jeff to have sleepless nights.

“Top 10 worst things that could happen in your life is like one, two or three,” says Jeff.

So Jeff decided to start a GoFundMe page, hoping the dog who has helped so many people can get a little help himself.

He certainly didn’t expect that one day later he would hit his fundraising goal – let alone exceed it.

“Norman has done a lot of things in the dog community,” says Jeff appreciatively, adding that he will donate any excess money to the SPCA. “Now he’s getting some reimbursement. It’s awesome!”