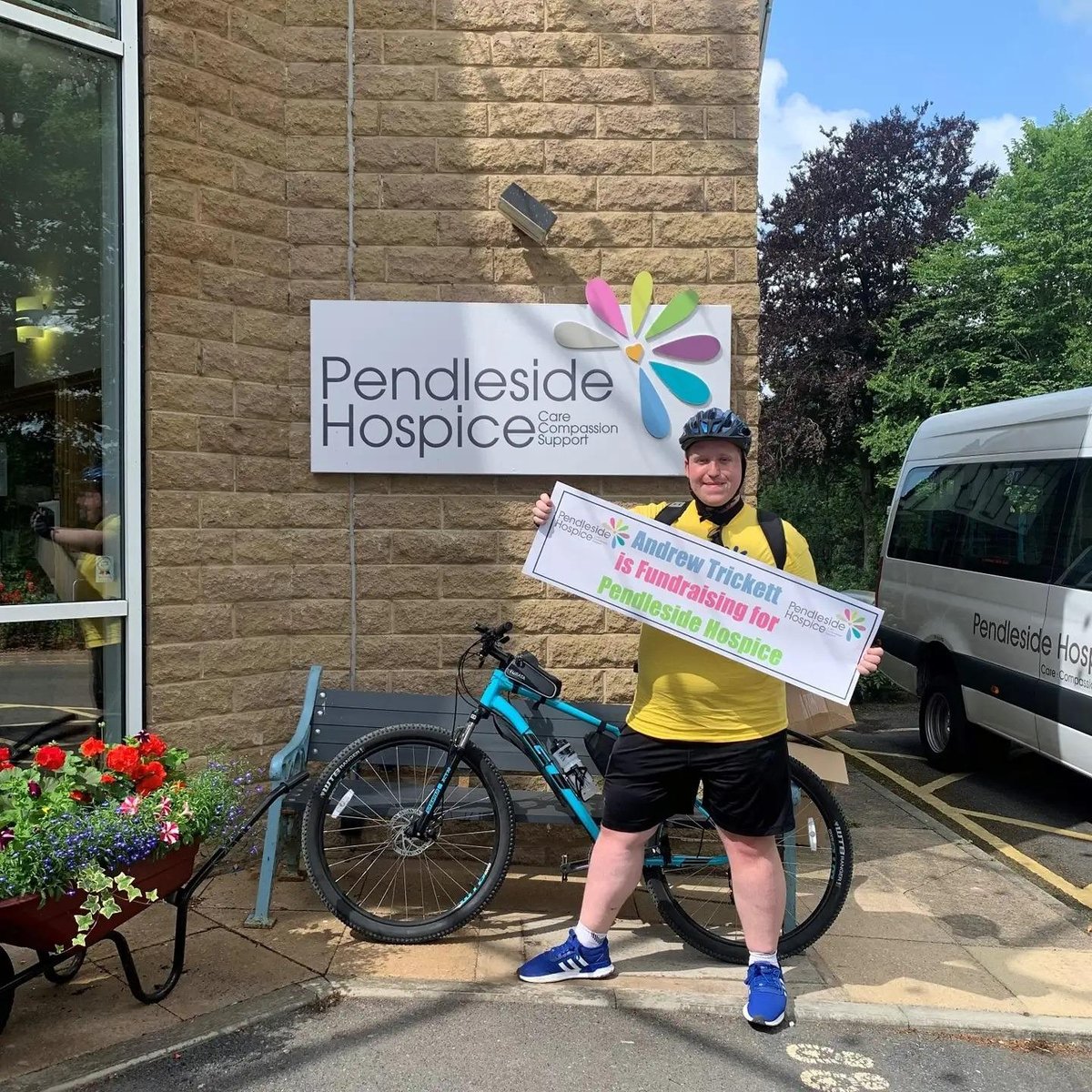 Former Burnley College student, fundraising champion and blood donor (21) ready to cycle 127 miles in two days for a cause close to his heart

Andrew Trickett will saddle up this Thursday for the cycle ride along the Leeds Liverpool Canal and he’s set a goal of £1,000 to pay for gear, including musical instruments and ‘dress-up’ costumes for help support the young people of Pendleside Hospice.

Last year Andrew completed a 30 mile cycle ride for Pendleside Hospice which raised over £1,700 for the hospice.

Andrew Trickett after his first bike ride for Pendleside Hospice last year when he raised £1,700

The mission was to cycle from North Pier to South Pier in Blackpool 11 times, but as the day progressed and donations came in, Andrew decided to do more laps.

Between checkpoints he was greeted by friends and family who cheered him on before being rewarded with a spicy dinner at the finish line.

Supporters including Pendle MP Andrew Stephenson donated to the cause and a generous £1,000 donation came from the GMB union in honor of Andrew’s grandmother, Edna Fallows, who died at the hospice in 2010.

An active member of the GMB union for many years, Edna was passionate about equality, anti-racism and gay rights.

Andrew took over from his grandmother in wanting to help others as much as possible. Until ill health put an end to it, Andrew’s father was also a regular fundraiser, organizing numerous sponsored walks and charity events to raise thousands of pounds.

Andrew single-handedly raised £7,000 for the Royal British Legion Poppy Appeal as a Lancashire Army Cadet between 2016 and 2018. He received the award for best cadet of the three services and was promoted to Cadet Color Sergeant.

An active blood donor, Andrew is also on a mission to enroll as many young people as possible.