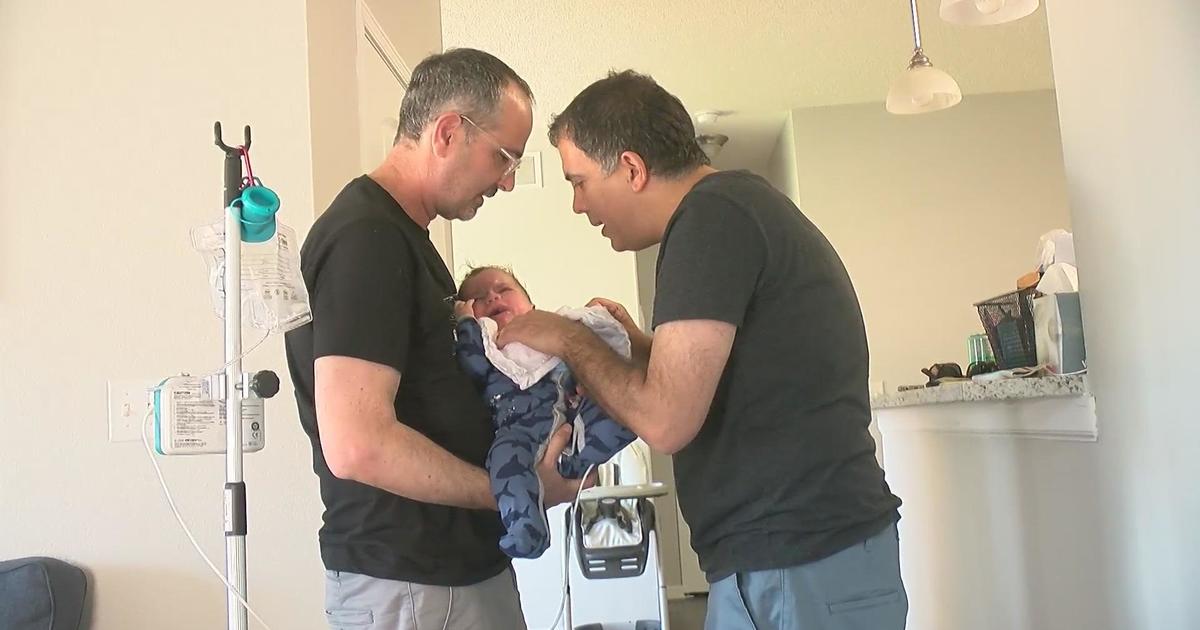 ROCHESTER, MN — Father’s Day this weekend takes on a whole new meaning for two Rochester dads who nearly lost their son shortly after he was born.

However, they have been in Rochester at the Mayo Clinic ICU since Tom was born in November, waiting for a miracle.

Baby Tom was airlifted to the Mayo Clinic in Rochester due to complex congenital heart disease.

“We understood that something serious had happened. We didn’t understand what the situation was and how serious it was,” Shlomo said.

Mayo Clinic doctors found that Tom’s aortic valve was not pumping blood properly to his head and the rest of his body, and there was also a leak in another microvalve. Doctors determined that Tom needed a heart transplant.

“It’s an existing fear, like life and death,” Matti said.

For five months, Tom was hooked up to a machine called ECMO, which helped his heart pump blood, keeping him alive.

But ECMO was extremely hard on the newborn’s body and the risks were high.

“[He was] intubated and sedated, mostly with an open chest,” Shlomo said.

Luck struck just in time, as a baby donor in the Midwest became available on Easter Sunday and Passover.

“The families who donate are noble people with big hearts,” Matti said.

This donor was also just around Father’s Day, and the month Shlomo and Matti celebrate 22 years of love together.

“[Our] first Father’s Day, then it’s Pride Month, so it’s all together,” Shlomo said. “It’s pride to have our family.”

During Tom’s seven months at Mayo, doctors and nurses named him “Super Tom” for overcoming so much.

They sent him off with his own little cape, signed by all the staff who helped him through his fight and his recovery.

The Kalman Hillel family will be in Minnesota for another year of transplant recovery, staying close to the Mayo Clinic. Then the whole family will return to Israel, but a piece of the house will remain here forever, where a miracle happened.

“I think it’s my new religion, and Rochester is my new temple,” Shlomo said.

This story proves how important and vital organ donors can be. To register to become an organ donor, click here.

Marielle Mohs is thrilled to tell stories in her home state of Minnesota. She grew up in Eden Prairie and south of Minneapolis.