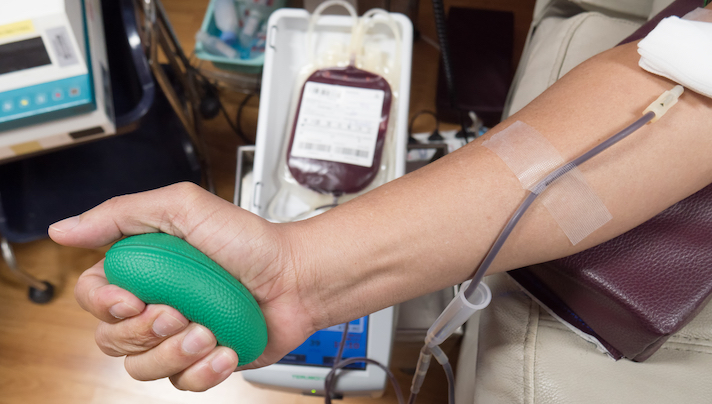 Facebook is now expanding its blood donation functionality to US users. The technology, which allows Facebook users to register as a blood donor and then send them a notification when blood banks near them need it, is expected to roll out in the United States in the coming months. .

The program launched in India in 2017. Last year, the social media giant introduced the program in Pakistan, Brazil, India and Bangladesh. Since its launch, 35 million people have registered as blood donors in countries.

The Facebook initiative was led by Hema Budaraju, Director of Product Management.

“We had observed that there were a lot of Facebook posts and activity about people requesting blood donors and these were in the thousands a week when you look at India and Pakistan,” Budaraju told MobiHealthNews.

The team spoke to potential users to get an idea of ​​what was needed.

“We’ve spent a lot of time in the field talking to health experts, talking to donors, talking to blood banks and seeing how Facebook can play a role in making blood donation easier. What we’ve learned along our journey is that people are willing to give, but they need to know the information and know when, where, and how, and we believe we can create tools to facilitate things.

Budaraju said the organization is already discussing with stakeholders in the United States how best to implement the program in the future.

Why is this important

According to the CDC, there are over 9.5 million blood donors in the United States and approximately 5 million people who receive blood. However, supply cannot always meet demand, according to the American Red Cross, who say 36,000 units of red blood cells, nearly 7,000 units of platelets and 10,000 units of plasma are needed in the United States every day. The Red Cross has had a blood donation app since 2014, but continues to look for ways to engage and recruit donors.

What is the trend

Facebook has actively entered the healthcare space in recent years. Last year, he partnered with the Canadian government on an initiative to use artificial intelligence to help track social media posts that could indicate a person is at risk for suicide.

In April, CNBC announced that the social media giant was planning to team up with major US hospitals, hoping to obtain data from providers on patient care.

“Blood is such an important part of any country’s infrastructure,” Budaraju said. “And asking someone to spend their time and give their money to complete strangers – it’s a phenomenal act of giving and people literally give a piece of themselves to help someone. way we can try to enable more people to donate blood is to help with knowledge, help with information, and help with convenience. Ultimately, the community is stimulating blood donation. . “

Our organ donation system is unfair. The solution might be too much.

Town of Salisbury announces donation program for trees and parks