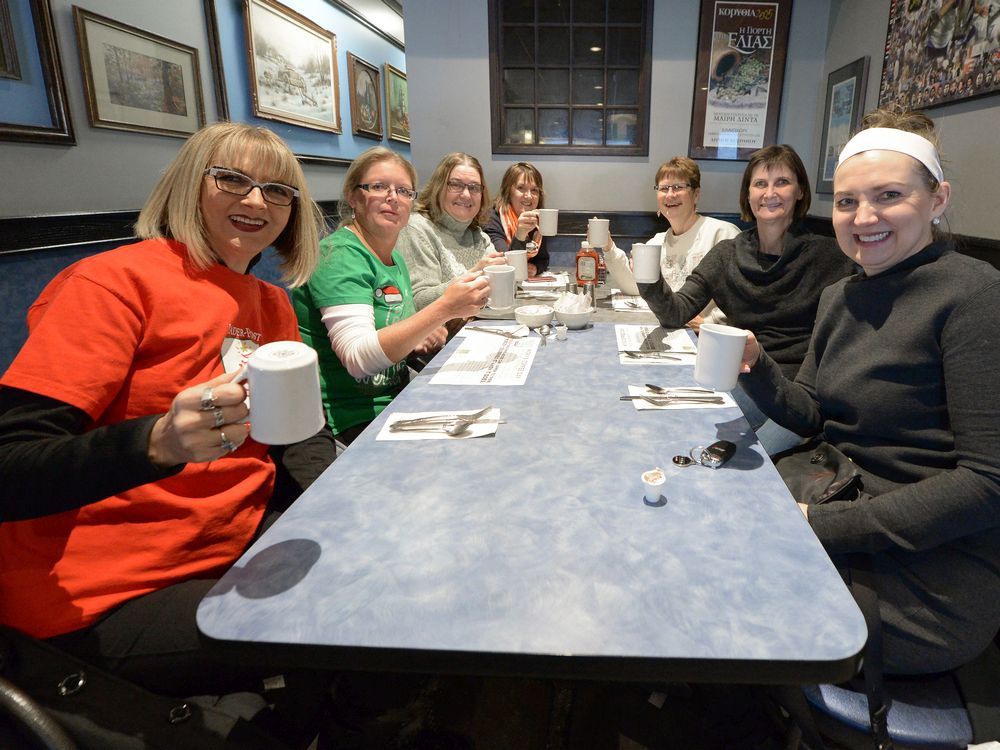 When we want we can.

And, yes, Will Chabun’s ingenuity came in handy when he was the word-maker behind the Leader-Post Christmas Cheer Fund.

Will once got a call from a frail elderly lady who expressed her reluctance to navigate icy sidewalks in order to mail a check. His fears were quickly assuaged when Will volunteered to make a home visit.

There was also the moment when Will, on a day off, went to a local car dealership to pick up a donation. Upon arrival, he discovered that the donor was to be found at his home.

As it turns out, Roger Brandvold, a former Saskatchewan Roughriders board chairman, was at the dealership to collect a check for another charity.

“Roger sat down and chatted with me for about 45 minutes,” Will recalls. “Good morning enough after all. “

Will has been writing our Christmas Cheer stories for about a decade, starting in 2000.

“It was the time when I had to write six columns for the Fund a week, and also keep up with my normal work,” he said.

“It was easier than it looks. The donation information would come on a computer link from our receptionist and I would have to write a short article about the Fund and the work the local domestic abuse shelters have supported.

“One day I realized that it was almost 5 pm and that I hadn’t written anything for the Cheer Fund column. I crossed my fingers and called Maria Hendrika, who was the Executive Director of Regina Transition House at the time. I uploaded her and asked her to look at the bulletin board near her desk and read me any inspirational quotes and explain how it applied to the work of the shelter. That’s what she did, brilliantly, and I typed in under 15 seconds.

“Thanks to Maria and everyone who helped with the Christmas Cheer Fund then and today.”

Will was replaced as resident writer of the Christmas Cheer Fund by Irene Seiberling, who was also delighted to interact with donors.

“The most creative donation I can remember was $ 365 in the form of a robot built by Jason Watson, the grandson of Len Wallace – a regular contributor to the Cheer Fund,” said Irene, who has passed the torch to this scribbler. after the Christmas Cheer 2016 campaign.

“Donations in handmade wallets, presented by a church auxiliary, were always a treat to receive. The cloth wallets were given to the residents of the shelter.

“The retired emergency nurse who donated $ 10,000 touched my heart. She told me how bad she felt remembering abused women walking into the emergency room, knowing that they had no safe place to go after leaving the hospital – during the days before emergency shelters provide a safe haven for abused women.

The Fund was created in 1992 through the efforts of Gregg Drinnan, who was then our sports editor. Gregg moved to British Columbia in 2000 and took over as sports editor at Daily News in Kamloops.

“I remember being blown away by the donations from families who have chosen to give to the Christmas Cheer Fund rather than buying gifts for each other,” said Gregg. “I always thought it was really cool.

“I used to pay special attention to ‘in memory of…’ donations. These have always meant a lot to me, as they obviously have for donors.

“One thing I can tell you – and it was the same in Regina and with the Christmas Cheer Fund that I organized at the Daily News – is that people at this time of year just want to feel good about themselves. giving. They don’t want any recognition and I’m sure they would give even if their names didn’t appear anywhere. Of course, a lot of people donate every year and do so anonymously.

“And they don’t want anything for their donation. In Kamloops, we tried to do a few prints – I remember a really nice original leather jacket and a Mario Lemieux sweater – with every donor having a contribution. I have had a lot of donors who have requested that they not participate in the draw. They just wanted to feel good about giving.

■ Contribute online at leaderpost.com/cheerfund. (In-person donations, which have been consistently accepted and welcomed in the past, are not feasible until the LP office is closed due to COVID-19.)

Sign up to receive daily news from Regina Leader-Post, a division of Postmedia Network Inc.

Thank you for your registration!

A welcome email is on its way. If you don’t see it, please check your spam folder.

The next issue of Regina Leader Post Headline News will be in your inbox soon.

We encountered a problem while registering. Try Again