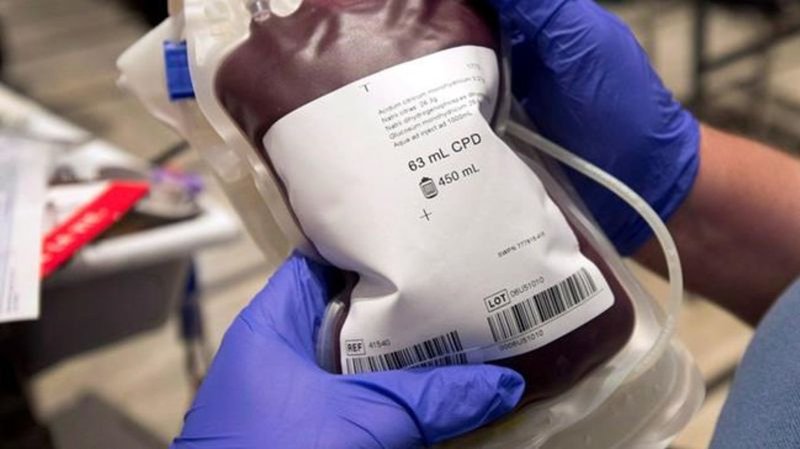 Changes to blood donor rules and expected Supreme Court decision: in the news from May 27, 2022

Canadian Blood Services said it would be willing to recommend that Health Canada reduce the wait time for sex workers to donate blood to less than a year, but wanted to make changes gradually. The length of time gay people have been banned from donating blood was gradually reduced before being scrapped altogether last month.

Catherine Lewis, spokeswoman for Canadian Blood Services, said she had asked Health Canada to end the lifetime ban imposed on sex workers from donating blood in recent weeks, after carrying out research to ensure that the recommendation would ensure the safety of the blood supply.

The blood service is moving towards screening based on high-risk sexual behaviors. He believes that asking questions about sexual behavior will allow him to more reliably assess the risk of infections such as HIV that can be transmitted by transfusion.

All blood donations are tested and checked before being given to patients.

A decision is expected this morning from the Supreme Court of Canada on the conviction of a man who carried out a fatal shooting in a mosque in Quebec.

The High Court ruling in the Alexandre Bissonnette case will determine the constitutionality of a key provision on parole eligibility in multiple murder cases. Bissonnette pleaded guilty to six charges of first-degree murder in the January 2017 assault that took place just after evening prayers.

In 2019, Bissonnette successfully challenged a 2011 law that allowed a court, in cases of multiple murders, to impose a life sentence and 25-year parole ineligibility periods to be served consecutively. for every murder.

A judge ruled the provision unconstitutional but did not declare it invalid, ultimately ruling that Bissonnette must wait 40 years before seeking parole.

The Quebec Court of Appeal struck down the sentencing provision on constitutional grounds and said the parole ineligibility periods should be served concurrently, meaning a total waiting period of 25 years in the case of Bissonnette.

What we’re watching in the US…

This week’s tragic shooting at a school in Texas has shaken the United States and the world, with many wondering what can be done.

Now, a bipartisan group of senators is trying to find a compromise on gun legislation. This latest attempt follows a push by Democrats to pass a domestic terrorism bill that would have opened up debate on hate crimes and gun politics. Republicans blocked debate on the bill.

The bill’s rejection, just two days after the mass shooting at a Texas elementary school that killed 19 children and two teachers, underscored Congress’ continued failure to pass legislation to curb the epidemic of armed violence in the country.

Senate Majority Leader Chuck Schumer said he would allow about two weeks for negotiations. The bipartisan group met after the vote, and for the second time on Thursday, to seek any compromise that could win congressional approval. The talks focused on background checks for guns purchased online or at gun shows, red flag laws designed to keep guns away from those who could harm themselves or others and safety measures in schools.

Yet GOP Sen. Lindsey Graham of South Carolina left the meeting saying there is no appetite for a federal red flag law or a so-called yellow flag law, which allows temporary confiscation of firearms from persons in danger of harming themselves or others, if a medical practitioner signs.

What we watch in the rest of the world…

Moscow on Thursday urged the West to lift sanctions on Russia for the war in Ukraine, seeking to shift blame for a growing food crisis that has been compounded by Kyiv’s inability to ship millions of tons of grain and other agricultural products while under attack.

Britain immediately accused Russia of ‘trying to hold the world to ransom’, insisting there would be no sanctions relief, and a senior US diplomat denounced ‘sheer barbarism, cruelty sadism and anarchy” of the invasion. Russian President Vladimir Putin told Italian Prime Minister Mario Draghi that Moscow “is ready to make a significant contribution to overcoming the food crisis through the export of grain and fertilizers provided that the politically motivated restrictions imposed by the West be lifted,” according to a Kremlin reading of the appeal.

Ukraine is one of the world’s biggest exporters of wheat, maize and sunflower oil, but war and the Russian blockade of its ports have cut off much of that flow, putting food supplies at risk global. Many of these ports are now also heavily mined.

Russia is also a major grain exporter, and Kremlin spokesman Dmitry Peskov said the West “must reverse illegal decisions that hamper the chartering of ships and the export of grain.” His comments appeared to be an effort to bundle the blockade of Ukrainian exports with what Russia says are its difficulties moving its own goods.

Buddy Holly’s The Crickets single “That’ll Be the Day” was released on Brunswick Records.

Representatives for Liotta told The Hollywood Reporter and NBC News that he died in his sleep Wednesday night in the Dominican Republic, where he was filming a new movie.

An official from the Dominican Republic’s National Institute of Forensic Sciences who was not authorized to speak to the media confirmed Ray Liotta’s death and said his body had been taken to the Cristo Redentor morgue.

Reaction to his passing poured in, with ‘Goodfellas’ co-star Robert De Niro saying “he’s way too young to have left us.” Canadian funnyman, Seth Rogen, who worked with Liotta on ‘Observe and Report’ in 2009, said via Twitter: “He was a lovely, talented and hilarious person. Working with him was one of the great joys of my career and we did some of my favorite scenes that I got to star in. A true legend of immense talent and grace.

Have you seen this?

A dead whale found today in the St. Lawrence River northeast of Montreal is likely one of two minke whales spotted near the city earlier this month.

So says Robert Michaud, president of a Quebec research group on marine mammals. Michaud says experts have yet to examine the carcass found in Contrecoeur, about 50 kilometers downriver from Montreal. He says a necropsy could be performed based on that assessment. He adds that the task would fall to veterinary medicine students from the University of Montreal.

Two minke whales were spotted this month near Montreal and there were concerns for their well-being as they were about 450 kilometers upstream from their usual range. Minke whales are common in Quebec, but they generally do not venture west of the salty St. Lawrence estuary around Tadoussac.

It’s unclear why whales sometimes venture into freshwater habitats, but Michaud said there’s not much you can do to help them other than hope they turn around and go home.

This report from The Canadian Press was first published on May 27, 2022

Change in blood donor rules and expected Supreme Court decision: in the news from May 27, 2022 | National

Changes to blood donor rules and Supreme Court decision expected: in the news from May 27, 2022

Pamplin Media Group – Could your dog be a blood donor superhero? The DoveLewis…