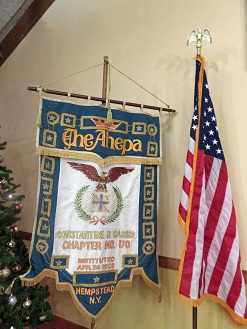 A festive Christmas dinner of the AHEPA Family took place on Sunday December 9e at the Greek Orthodox Cathedral of St. Paul in Hempstead, New York. The dinner in honor of charitable donors was hosted by the AHEPA family of Hempstead Long Island, which has many regional chapters.

Demi Pamboukes, district governor of AHEPA, told the assembled crowd that local AHEPA groups raised a combined total of nearly $ 30,000 in 2018 to help nearby Saint Basil’s Academy. St. Basils is the only residential Greek Orthodox secondary school in the country.

Constantine Cassis Chapter President Anastasios Stambolis told the audience that St. Michael’s Home for Senior Citizens in Yonkers, New York, is another charity currently benefiting from AHEPA donations. He also noted that AHEPA has contributed to the ongoing expansion of St. Paul’s Cathedral.

Stambolis also announced that the chapter continues to grow, with 100 new members initiated into the ranks of AHEPA that day, the same day the chapter celebrated its 90th anniversary.

Constantine Cassis’ chapter of AHEPA is one of the most dynamic in the United States.

It consists of several chapters including Constantine Cassis, Daughters of Penelope Pasithea, Sons of Pericles Lord Byron and Maids of Athena Victory.

For more information on AHEPA, visit: www.ahepa170.org or contact them directly by e-mail [email protected]. 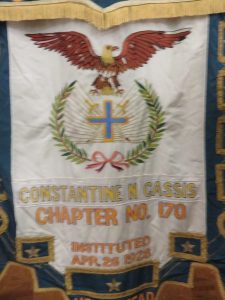