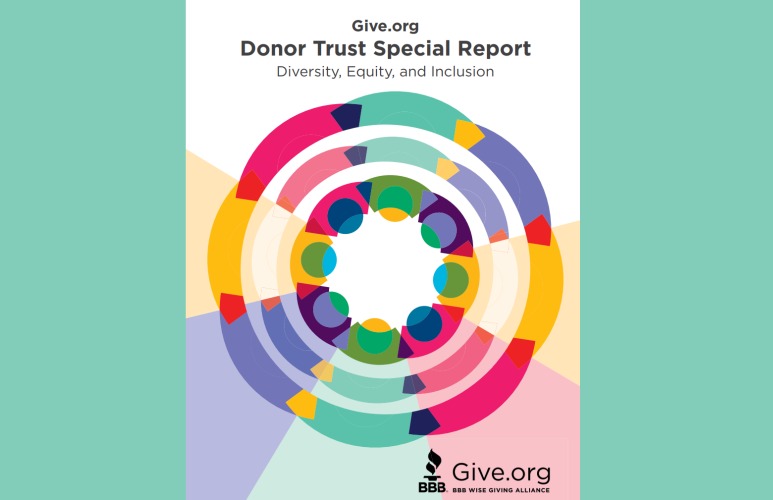 A charity’s DEI is not a priority for donors

A charity’s DEI is not a priority for donors

More than half (59%) of donors in the United States would continue to support a charity with a lack of diversity, equity and inclusion (DEI) because the cause is more important to them than DEI, while 28% think all organizations are bound to have issues with DEI.

Some 41% of donors would turn away a charity they have supported in the past if they found out that the organization’s culture tolerates discrimination against the people it serves. And 34% of survey respondents would not donate to charities that use culturally insensitive imagery and language in solicitations, with 17% saying they would not donate if they learned the council of directors of the charity is not diverse.

These are key data points in a new report from the Better Business Bureau’s Wise Giving Alliance (Give.org) titled “Special Donor Trust Report: Diversity, Equity and Inclusion.” Dynata polled 2,171 Americans and 1,525 Canadians for their opinion of DEI, but the results were analyzed separately.

“We have found that donors appreciate DEI, but we also have to be realistic in that some are not interested in DEI as an agent of the charity and the causes it serves. Some respondents prioritize a cause over a DEI issue,” said Elvia Castro, associate director of charitable assessment for the BBB Wise Giving Alliance.

The majority of respondents equated a diverse, fair and inclusive board and staff (54%) with the positive trustworthiness of a charity. Nearly 20% of participants responded that a population served by a charity that is diverse in terms of race, ethnicity, disability status, gender identity, sexual orientation and religious identity is very important to them.

But compared to different workplaces, respondents overall think the lack of DEIs is a bigger issue outside of a charity. Some 18% of respondents think DEI neglect is a common problem for places of worship, 22.6% for businesses and 27.8% for government.

The diverse composition of board and staff members and representation in the community served by the charity was higher among younger generations, African Americans and Hispanics/Latinos, LGBTQ+, people who identify as Muslim or atheist and those who reported giving more than $5,000 per year.

When respondents were asked to consider who should be held accountable in charities for addressing IED, the result was:

The report’s authors concluded that there is a core group of potential donors who highly value DEI information when involved in giving.

“Every charity’s DEI journey is complex and unique. Charities come in many shapes and sizes and have different constituents. As such, DEI’s goals – and the path to them – are necessarily different for a large social service organization, a Muslim community organization, a neighborhood animal shelter, or a charitable healthcare provider. Yet, at a time of heightened awareness of DEI issues in society, charities should strive to ignite or maintain momentum around their own DEI path,” according to the report.